12 years ago if you had told Mr. Johnson that he would be writing, producing and performing children’s music, he would have probably given you a rye smile and disbelieving chuckle. Not that there’s anything wrong with children’s music mind you, it’s just that his focus could not have been further away. Life however has a funny way of taking you through a myriad of twists, turns, and life altering experiences, never quite revealing where you’ll end up until you’re actually there. With that said, Darrell Johnson could not be happier to have ended up doing what he's doing now. 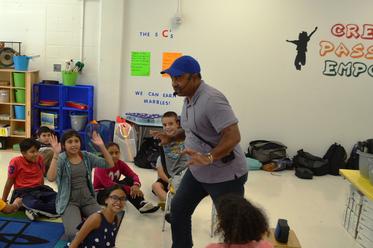 Through his many varied experiences working for the Washington, D.C. Public School System, Mr. Johnson was able to pull his vast repository of experience, observation, and interaction into specialized music targeted to the direct educational, emotional developmental, ethical and moral needs of children grades K-thru-5.

With years of experience as a performer, studio musician, writer, arranger, and producer, Mr. Johnson continues on this very special and unique approach to children’s music; one that has already been tested and resonates well with children, teachers, and parents alike. His album, FIO (Figure It Out!) explores a number of important topics that range from reading, writing, and arithmetic (please check out the Multiplication Challenge page) to nutrition, the importance of kindness, friendship, bilingual education, issues of bullying, the importance of respect, and what makes a person smart. The music is fun, quirky, and stylistically diverse, ranging from Hip Hop, Blues, R&B and Latin, to Classical, Jazz, Folk, Caribbean, and World Music. 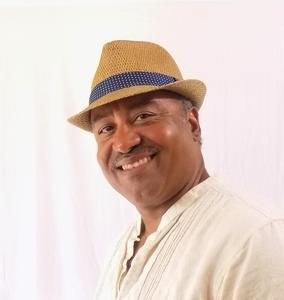